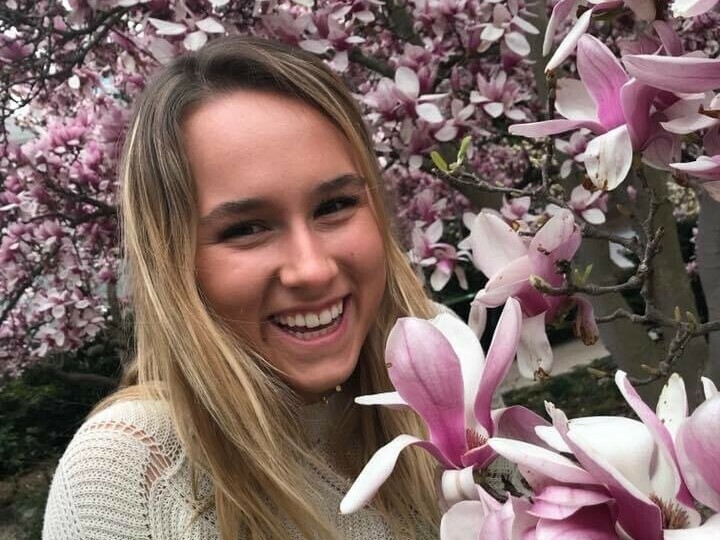 Written by: Hannah Bellagamba, Comfort Cases intern. Hannah is a senior at the University of Maryland. She is receiving her Bachelors of Science in Behavioral and Community Health.

It was my first semester at the University of Maryland. I remember getting into an Uber and the first thing my driver says to me is:

“You’re going to Southeast D.C.? By yourself?”

I was quick to respond in pure exuberance for 8 in the morning.

“Yes I am! I am volunteering all day.” I was required to volunteer to do free HIV screening for one of my class projects.

As she questionably glanced at me through the rearview mirror, my uber driver remarks, “You’re a brave girl.”

We pulled up to a laundry mat which, to me, appeared to be highly abandoned.  However, the commotion and loitering in front of the building convinced me otherwise. I immediately noticed that no one from my class was there yet. The driver insisted on waiting with me until someone I knew arrived. From my understanding, she was being protective and feared my being alone in an area deemed unsafe by most.

Soon enough everyone started trickling in and we immediately got straight to work. As we set up the tent and were preparing ourselves for the emotional and tiresome day ahead,  this young boy who looked disheveled came out of nowhere. When I say nowhere, I mean literally nowhere. He frightened me honestly. He looked like he was about 6 or 7 years old considering he was really small. I asked him where he came from and if he was with anyone and he just timidly looked at me. I looked at him again and asked what his name was.

“Josiah” he says with hesitation.

For some reason, I just had an eerie feeling. The kid looked like he was in rough shape and no one was looking for him.

“Do you have any food?” Josiah asked, directed to me.

I, unfortunately, had nothing to offer to him. My peers whom I was volunteering with were quite perplexed themselves on what we were experiencing.

We began with our day and Josiah stuck around. An hour went by and he was still sitting near our tent without any sight of a concerned parent or guardian looking for him. Two hours went by.. Then three. Then four.

As time progressed, Josiah came out of his shell and I got to know him. He was nine years old, silly and had the most contagious smile. I have a special place in my heart for kids so it wasn’t hard for him to steal all of my attention.

He proceeded to tell me about his family life and home situation. Josiah told me he had eight other siblings all varying in ages. Josiah’s knowledge in guns and gang relations in Washington, D.C. made it apparent that he had been exposed to violence at a disturbingly young age. I could not believe what I was hearing and I could only imagine what went on in that household. My mind wandered to dark places, but mostly I had a feeling that I could with some certainty predict that Josiah would likely end up in foster care.

“Not another kid in foster care” I thought to myself. After all, Josiah fit the description of so many other children I had heard about who were ripped from their families and entered into a system that may or may not give them a better life.

I felt hopeless. The amount of youth entering foster care in Washington D.C. is exponentially increasing, particularly children of color. In 2018, nationally there were 424,653 children in the foster care system. In fact, in most communities African-American children are at greater risk of child maltreatment, largely because of the higher correlation between maltreatment and poverty and the higher poverty rates experienced by African-American families. I hated the idea of this kid I was building a relationship with becoming another child of the system. But what was even more heartbreaking to think about is the fact that there are so many other children out there just like Josiah who will inevitably get lost in the system. He would likely become just another statistic in the book.

While I don’t know the inevitable outcome of Josiah’s life after we met, what I do know is that all children deserve the absolute world. Children in foster care need to be treated with love and care. With that being said, it is our responsibility to recognize how to give hope to children in foster care in order to avoid the negative consequences of becoming astray in the system. That is why I decided to intern this semester with Comfort Cases. My newfound perspective on how much I had taken for granted in my life, couples with my desire to help children who have to take this journey into foster care led me to this organization.

In honor of Josiah, I have made it my mission to acknowledge that everyone of the 424,653 children in foster care have a name and a story. Maybe they are silly like Josiah, or maybe they are serious and like to read. When giving to Comfort Cases, you are not only making tangible donations, but are gifting children with the dignity they deserve.